Nepean General Contractors was contacted by a general contractor to assist with the excavation works associated with a proposed residential addition in The Glebe neighbourhood in Ottawa, Ontario. The project was permit ready and the contractor was ready to hit the ground running! We were supplied with the permit drawings to prepare our construction cost estimate for the excavation works.

Out with the Old…

Prior to our involvement, part of a previous structure had been removed off the back of the house to make way for the new addition. While the structure had been removed – the concrete foundation was still there and needed to be removed before the new addition could be put in. Nepean General Contractors undertook the concrete foundation demolition, including hauling and disposal.

After removing the old foundation, Alan completed layout for the excavation area. The new addition was twice the size of the old one! After completing the layout, the area was excavated to the depths shown on the design drawings. The excess material was hauled off and disposed of, while a small amount of material was left onsite to fill back in around the foundation once the concrete work was complete. A general contractor managed the project and coordinated with the concrete crews after we completed the excavation. After the concrete contractor had completed the walls, and the concrete had cured for the appropriate length of time, we came back to finish the job by backfilling around the foundation.

The site had a number of challenges, as many City lots do. The excavated area was entirely in sand, which was prone to frequent collapses. As there was a delay getting the concrete contractor on site to complete the form work – we had to return several times, generally after rainfall events – to remove soils that had fallen into the excavated area from the unstable stand banks.

The other challenge with the site was access. All of the material had to be transported through a narrow 6 ft wide laneway. Due to the narrow laneway – we were not able to directly load out trucks with the excavator – which meant bringing in our skid steer to haul the material from the backyard – to the truck at the front – to be hauled away. Given the excavation required removing nearly 40 truckloads of material – this was a timely process. Initial upfront planning was also critical. Given the remaining bank after excavation was often only 3-4 feet (see right side of photo above), it was crucial that we worked from back to front – as our skid steer would not have been able to travel along the remaining bank. Through careful planning and use of our various pieces of equipment, we were able to complete the work efficiently and safely despite the many site constraints.

How Can We Help?

At Nepean General Contractors, we have a variety of equipment. This allowed us the luxury of being able to choose the best tools for the job. We own our own dump trucks, which means we can efficiently haul off material; rather than waiting on rented trucks. We also own both excavators and skid steers – which means we aren’t stuck waiting on rented equipment. This allows us the affordability of controlling our schedule and getting projects done efficiently from the get-go!

Contact us today to discuss how we can help with your new addition, garage, shop, or any other excavation needs. Fill out our contact form (to the right on desktop – or below on mobile) and we will get back to you within 1-2 business days. If you haven’t heard from us – check your spam filter!

Foundation Digging for an Addition in The Glebe, Ottawa, Ontario 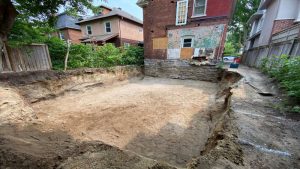 Nepean General Contractors was contacted by a general contractor to assist with the excavation works associated with a ...
Read The Article 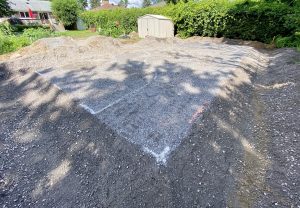 Nepean General Contractors was initially contacted by a client to complete a Grading Plan in support of a ...
Read The Article 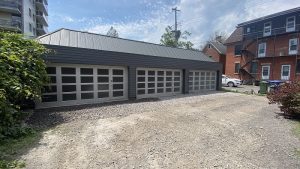 We were contacted by a property owner in the Sandy Hill neighbourhood of Ottawa, Ontario. The property housed ...
Read The Article 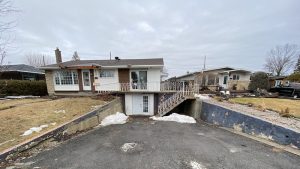 Nepean General Contractors was contacted by a client who was looking to have some work done on their ...
Read The Article